“Bang it & Bin It” this Territory Day

Territory Day Firework litter left discarded on beaches, in our parks and on roadways is unsightly and poses a danger and risk to people, pets, wildlife and the environment (land, sea and air). Every year Councils respond and act quickly deploying personnel and clean-up crews picking up rubbish and spent firework cartridges irresponsibly left behind from the night before.

Keep Australia Beautiful urges all Territorians to Do The Right Thing and bin all rubbish. ‘Bin it after you Bang it’ is the campaign for this year in an effort to reduce the negative fallout and impact from Territory Day events. Be responsible, respect country, and dispose of our Territory Day litter thoughtfully.

Territory Day commemorations and Fireworks is about celebrating all good things Territorian and having fun, but once the fireworks have been safely exploded and cooled, it’s just a matter of disposing them responsibly and appropriately.

Keep Australia Beautiful’s Top Tips to avoid a cracker of a litter problem:

– After the firework has cooled, dispose of it in a bin (preferably with dosed in water).

– Use ‘rubbish pick-up tongs’ or wear gloves when picking up firework litter.

– Although firework cartridges can’t be recycled, most of their outer packaging could be recycled.

– Keep fireworks in a closed box.

We’d also like to say a very special and sincere  “THANK YOU” to the increasing numbers of Territory volunteers picking up littered rubbish from our beaches and parks the day after Territory Day – you are all a beautiful quiet army of achievers, its such a unselfish selfless act that shows so much good will. It is with great pride that I notice this particular group of volunteers increasing in numbers every year – keep up the great work. 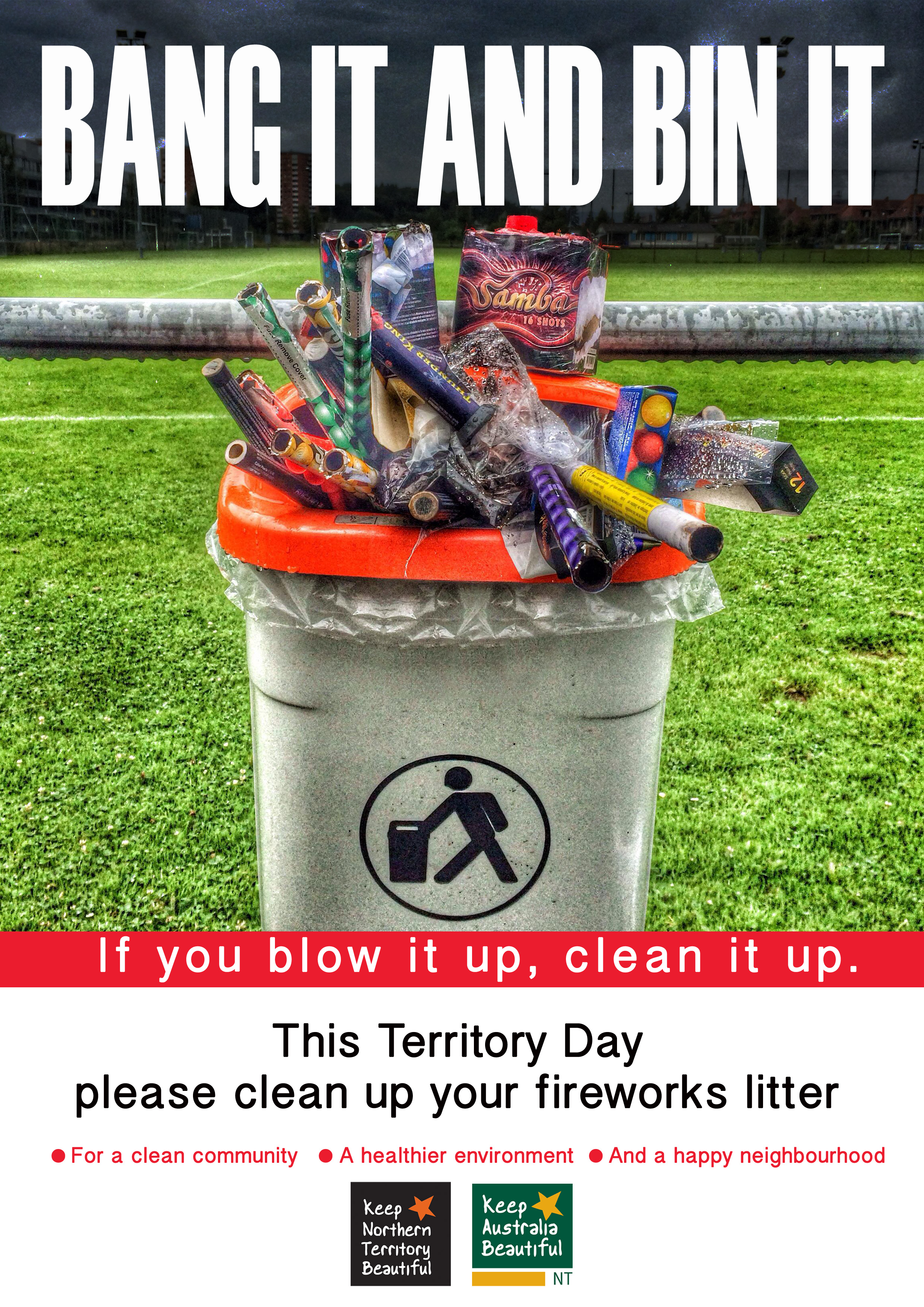